#1111-A hyper number one with similar theme - First things, God, who leads us, commanders, heads of households, set apart, pride and references to specific things or people

Colossians chapter 4 - the 1111st chapter of the Bible

Colossians 4—a chapter of specifics – 1111th chapter (I, me, his, myself, him, them, your…)
I imagine God sometimes chuckling to himself when he put together the words of scripture. Occasionally when I see evidence of the Redemption Pattern number themes I will laugh out loud at how obvious the text fits the numbers when you know what to look for. That was the case when I accidentally ran across how the text in Colossians chapter 4 matched so obviously with it's cross Bible chapter number of 1111. In these very pure numbers such as 1111 it is almost as if God takes the opportunity to especially highlight the text associated with the numbers. The examples of this number/text relationship seem so ridiculous as if God is saying “just in case you're thickheaded, I'm going to word this so that no one can possibly miss it, This is about who is number one”. God's word is always good and sometimes it's especially amusing to read.

The theme for number one fits logically with what we think of associated with one which is that of counting, first things, specific things, people or groups and is often with who is number one. That is, who we follow as in God, Jesus, kings, households, commanders, leaders or even ourselves. Words like I, me, mine, myself, him, yours, and others are often associated with number one.

Colossians chapter 4 contains these words in abundance, in fact, every verse has a reference to something very specific or personal. This chapters shouts out the theme for number one and is the 1111st chapter. Regarding another example for number one, my favorite is the verse at 1Chronicles chapter 27. This verse 1 is the one of a kind 11111th verse of the Bible. This verse not only has a cross Bible verse number that looks like the hash marks we keep when playing tick tack toe, but may also be the most intense verse about counting and numbering things in the Bible. Look at all the things counted as well as a reference to counting (NASB)…

Below is the complete chapter of Colossians 4 with the highlighted references and a second list of other number one intense verses that I believe collaborates the proposed theme. There may be other chapters in the Bible written in this sort of personal reference type style, but there are not so many that finding this chapter associated with a 1111 chapter does not seem highly unusual-- an unlikely coincidence.

1 Masters, grant to your slaves justice and fairness, knowing that you too have a Master in heaven.

2 Devote yourselves to prayer, keeping alert in it with an attitude of thanksgiving;

3 praying at the same time for us as well, that God will open up to us a door for the word, so that we may speak forth the mystery of Christ, for which I have also been imprisoned; (at a specific time)

4 that I may make it clear in the way I ought to speak.

5 Conduct yourselves with wisdom toward outsiders, making the most of the opportunity. (“most” is a term of measuring/counting, the highest. “The opportunity” might also seen as a thing of signaling out-- IE one of many)

6 Let your speech always be with grace, as though seasoned with salt, so that you will know how you should respond to each person.

7 As to all my affairs, Tychicus, our beloved brother and faithful servant and fellow bond-servant in the Lord, will bring you information.z

8 I have sent him to you for this very purpose, that you may know about our circumstances and that he may encourage your hearts;

9 and with him Onesimus, faithful and beloved brother, who is one of your number. They will inform you about the whole situation here. (interesting name Onesims??)

10 Aristarchus, my fellow prisoner, sends you his greetings; and also Barnabas's cousin Mark (about whom you received instructions; if he comes to you, welcome him);

11 …Jesus who is called Justus; these are the only fellow workers for the kingdom of God who are from the circumcision, and they have proved to be an encouragement to me.

12 Epaphras, who is one of your number, a bondslave of Jesus Christ, sends you his greetings, always laboring earnestly for you in his prayers, that you may stand perfect and fully assured in all the will of God.

13 For I testify for him that he has a deep concern for you and for those who are in Laodicea and Hierapolis.

14 Luke, the beloved physician, sends you his greetings, and {also} Demas.
15 Greet the brethren who are in Laodicea and also Nympha and the church that is in her house.

16 When this letter is read among you, have it also read in the church of the Laodiceans; and you, for your part read my letter  from Laodicea.

17 Say to Archippus, "Take heed to the ministry which you have received in the Lord, that you may fulfill it."

18 I, Paul, write this greeting with my own hand. Remember my imprisonment. Grace be with you.

Hope you saw how unusual the wording of this chapter. As the Bible often does, the example is hidden in that every statement is a normal everyday thing that might be said but all of these collected to include every verse in a chapter is interesting.

Following are verses with cross-Bible verse numbers demonstrating a strong association with the number one. These are for your optional reading as further evidence of the theme for number one and the power of a hyper number one such as 1111 and related number combinations. So you don’t need to read through the entire list, these verses are ordered with some of the most obvious examples first. The abreviation BV below represents Cross Bible Verse Number.
BV(1111)  Gen 37:27 "Come and let us sell him to the Ishmaelites and not lay our hands on him, for he is our brother, our own flesh." And his brothers listened to him.

BV(11110) 1Chr 26:32 and his relatives, capable men, were 2,700 in number, heads of fathers' households. And King David made them overseers of the Reubenites, the Gadites and the half-tribe of the Manassites concerning all the affairs of God and of the king.

BV(10111)  2Kin 20:12 At that time Berodach-baladan a son of Baladan, king of Babylon, sent letters and a present to Hezekiah, for he heard that Hezekiah had been sick.

BV(11011)  1Chr 23:27 For by the last words of David the sons of Levi were numbered from twenty years old and upward.  (ref:counting things)

BV(10100)  2Kin 20:1 In those days Hezekiah became mortally ill. And Isaiah the prophet the son of Amoz came to him and said to him, "Thus says the LORD, 'Set your house in order, for you shall die and not live.' "

BV(11101)  1Chr 26:23 As for the Amramites, the Izharites, the Hebronites and the Uzzielites, (note four ones in Bible verse and four names mentioned ??)

BV(11171)  1Chr 29:6 Then the rulers of the fathers' households, and the princes of the tribes of Israel, and the commanders of thousands and of hundreds, with the overseers over the king's work, offered willingly;

BV(11311)  2Chr 6:28 "If there is famine in the land, if there is pestilence, if there is blight or mildew, if there is locust or grasshopper, if their enemies besiege them in the land of their cities, whatever plague or whatever sickness there is, (“if there is” four times and four ones in Bible verse ??)

BV(11511)  2Chr 16:1 In the thirty-sixth year of Asa's reign Baasha king of Israel came up against Judah and fortified Ramah in order to prevent anyone from going out or coming in to Asa king of Judah.

BV(21111)  Eze 26:10 "Because of the multitude of his horses, the dust raised by them will cover you; your walls will shake at the noise of cavalry and wagons and chariots when he enters your gates as men enter a city that is breached.

Back to Home Page 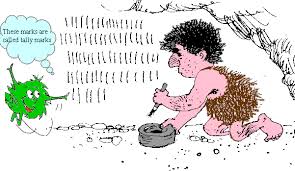 1 Chronicles 27:1 Now this is the enumeration of the sons of Israel, the heads of fathers’ households, the commanders of thousands and of hundreds, and their officers who served the king in all the affairs of the divisions which came in and went out month by month throughout all the months of the year, each division numbering 24,000:

In the example we find the number one associated strongly with counting and things that are counted such as divisions, thousands, hundreds, months and years. You can decide for yourself if it’s coincidence this verse is the 365th verse of 1Chronicles, a number related to the number of days of the year found in a verse that mentions all the months of the year…Interesting? Colossians chapter 4 seems to have an intentionally obvious series of references to things related to one, but in a way that is more about people, personal greetings and specific individuals than about counting. You might think of it as a chapter of signaling out people or things.. In the text of the chapter below I’ve highlighted some of the possible relationships of words to the theme associated with number one. Especially note that every verse in this chapter has such a reference. It is as if God is saying to us when we read “I did not miss any so you would not question what I’m trying to point out”.

Since the year 2000, AmazingWord has worked to reveal new observations found in the King James and similarly formatted Bibles. These observations prove i